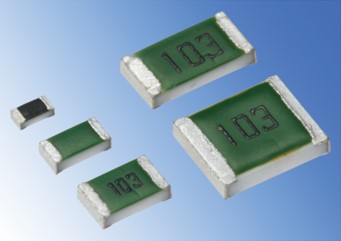 The resistor manufacturer KOA has improved its pulse-resistant SG73P series. This means in particular the 0402 (1E) size, whose rated power is now 0.25 watt. This applies to a max. ambient temperature of 70⁰C or a terminal part temperature of 125⁰C. This component, called SG73P1EW, can be used, for example, to replace a standard thick-film type in size 0805 and the same rated power.

The SG73P series has a pulse load capacity approximately 7x higher than a corresponding standard thick film resistor. The component is offered in sizes 0402 to 1210, whereby size 1210 can be loaded with up to 0.75 Watt or even 1 Watt (at a terminal part temperature of 95⁰C). Resistance tolerances of 0.5%, 1% and 5% are offered, and the resistance range extends from 1 Ohm to 10 MOhm. Of course, the SG73P series also meets the requirements according to AEC-Q200.